We are proud to announce that for the November 2016 Edition, we have accepted 84 films.
We want to thank all the worldwide filmmakers that have been part of Mindie and we would like to congratulate the winners of the November Edition for each category, which will then compete to be screened at the event in 2017.
A big thank you to our Jury that took time to screen, evaluate and select each movie that has been submitted with extreme accuracy.

Two sisters take a wrong turn and find themselves in a strange, forgotten town not found on any map. When the sisters discover the town’s true dark nature, they become targets, fighting for their souls against an evil that will never let them leave.

Cahos is an immersive film which brings us into an isolated mountain chain in Haïti. Its inhabitants survive on their crops but face the serious problem of deforestation. Elord and his community are hostages in their own montains. To escape famine they strive to relaunch coffee production but the future remains as sombre as smoke rising from the mountains. Elord, a humble farmer guides us through Cahos, a once lush forest. The film presents the joys and the sorrows of Elord, he tells us with unexpected cheerfulness his own difficulties and contradictions as well as those of a whole country. 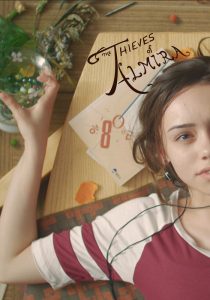 The Thieves of Almira

An unsuccessful robbery brings together a mischievous teenager and an old, Korean woman with Alzheimer’s.

Sam, an anxious, soon-to-be-father, prepares for a Memorial Day party as he cares for his invalid dad, William. When his nephew, Paul, expresses interest in William’s war medals, Sam suspects Paul will do anything to acquire the medals, even kill him.

Pavement dweller kid finds his way to fulfil his desire for getting a football, by earning money not by begging on traffic signals. 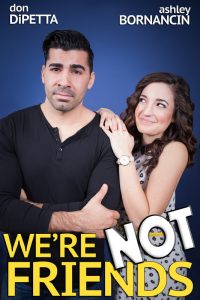 The relentlessly positive girl moves in with the down and out guy. Together they navigate how to co-exist and battle their way through life.

After ordering a camera online, a girl unexpectedly discovers that something else came with her package.